During the Tokugawa shogunate, samurai increasingly became courtiers, bureaucrats, and administrators rather than warriors. With no warfare since the early 17th century, samurai gradually lost their military function during the Tokugawa era (also called the Edo period). By the end of the Tokugawa era, samurai were aristocratic bureaucrats for the daimyōs, with their daishō, the paired long and short swords of the samurai (cf. katana and wakizashi) becoming more of a symbolic emblem of power rather than a weapon used in daily life. They still had the legal right to cut down any commoner who did not show proper respect kiri-sute gomen (斬り捨て御免). Printed On Soft US Sized Cotton T-Shirt, Regular Fit. DTG Non-textured Smooth Print Quick Shipping. This Item Limited, we only receive a few of these shirts from local vendors. So it is first come first serve. Here today Gone Tomorrow for this shirt. 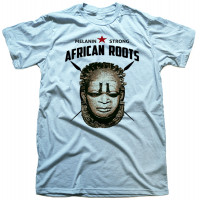