Huey Percy Newton was an African-American political activist and revolutionary he co-founded the Black Panther Party in 1966 with a view to protect the black community from racial attacks and police brutality. He grew up in Oakland where he experienced rampant racial discriminationThe party soon became very popular and had members in several cities throughout the U.S. Newton believed in the use of violence to achieve his means. In 1989 he was shot and killed in Oakland, California. 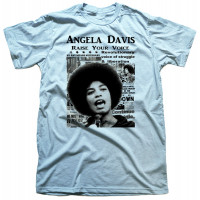